Last month we were able to get a lunchtime reservation from a cancellation to eat at Jiro Sushi in Roppongi.  We booked through govoyagin specifically here:

For some background we found out about Jiro from the documentary Jiro Dreams of Sushi which primarily follows the restaurant in Ginza but the son of the documentary star has a location in Roppongi that we were told is just as good and was mentioned in the film.

The restaurant is located in a high end shopping area in Roppongi on the 2nd floor.  We likely would have been late if there wasn’t some other people there waiting and taking pictures by the sign.

The inside is a mirror image of his father’s location in Ginza.  In the documentary this is explained because he is right handed and his father is left handed.

Jiro himself greets you when you are seated and his English is actually pretty good.  He says he wouldn’t have bothered learning if it wasn’t for the documentary but now so many foreigners come he needed to. 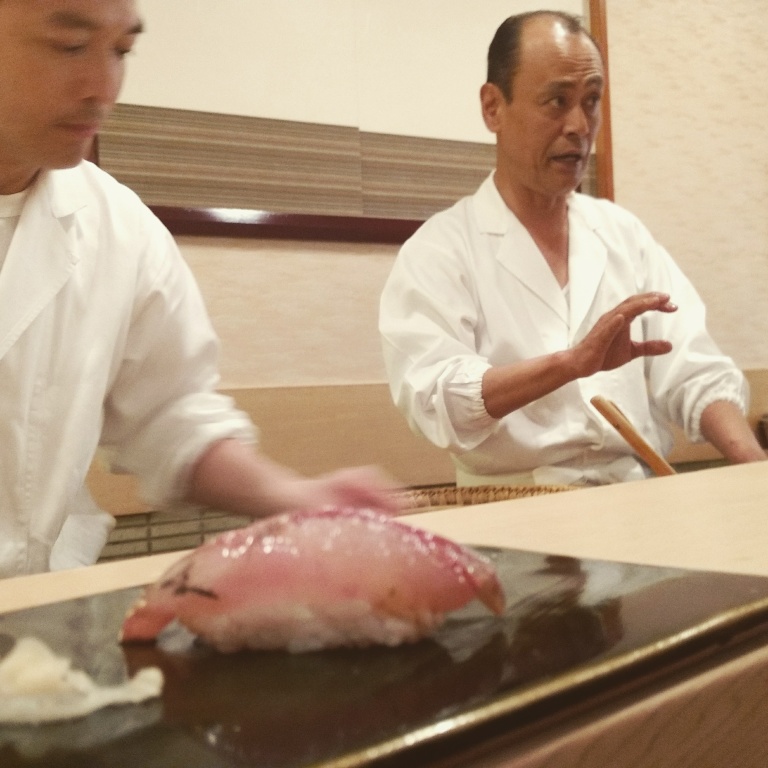 You have the option of 2 menus, either just sushi or sushi and sashimi.  We did the sushi and sashimi because the price difference is only about 5,000 yen and when you are already there paying a bunch why not.  You are served about 15 pieces of sushi total with soup and the option for more of your favorite pieces at the end.  You will not starve that I can promise. 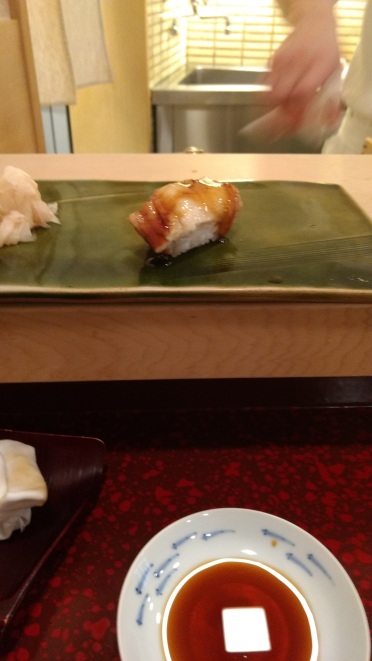 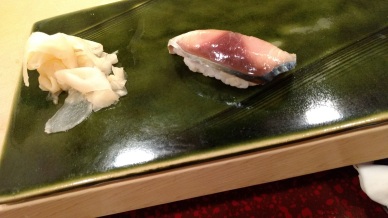 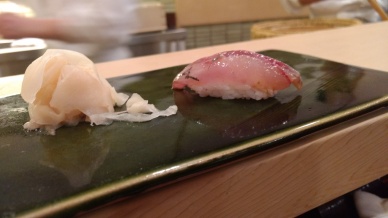 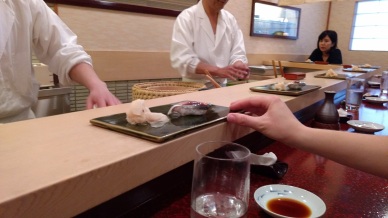 The sushi was, hands down, the best I’ve ever had.  Generally I tend to not like the egg rolls or the octopus but they both really just melt in your mouth here it was amazing.  Before this the best sushi I had was at the Tsukiji fish market and this blows it out of the water.  The whole meal just made my day better.  Plus Jiro was incredibly nice and conversational through the meal.  He was asking us questions about where we are from, what we’ve done, he even made another American in the restaurant remove his shirt to show his tattoos.  He even offered to take pictures when it was over.

The experience was expensive though.  For two people it cost roughly 50,000 yen for lunch with sushi and sashimi.  Just sushi would have been about 40,000.  However, for a one time meal I think it was totally worth it to set a very high bar for sushi in the future.

You should also check out the documentary Jiro Dreams of Sushi currently on Netflix to get an idea of how much this family has dedicated to this craft.