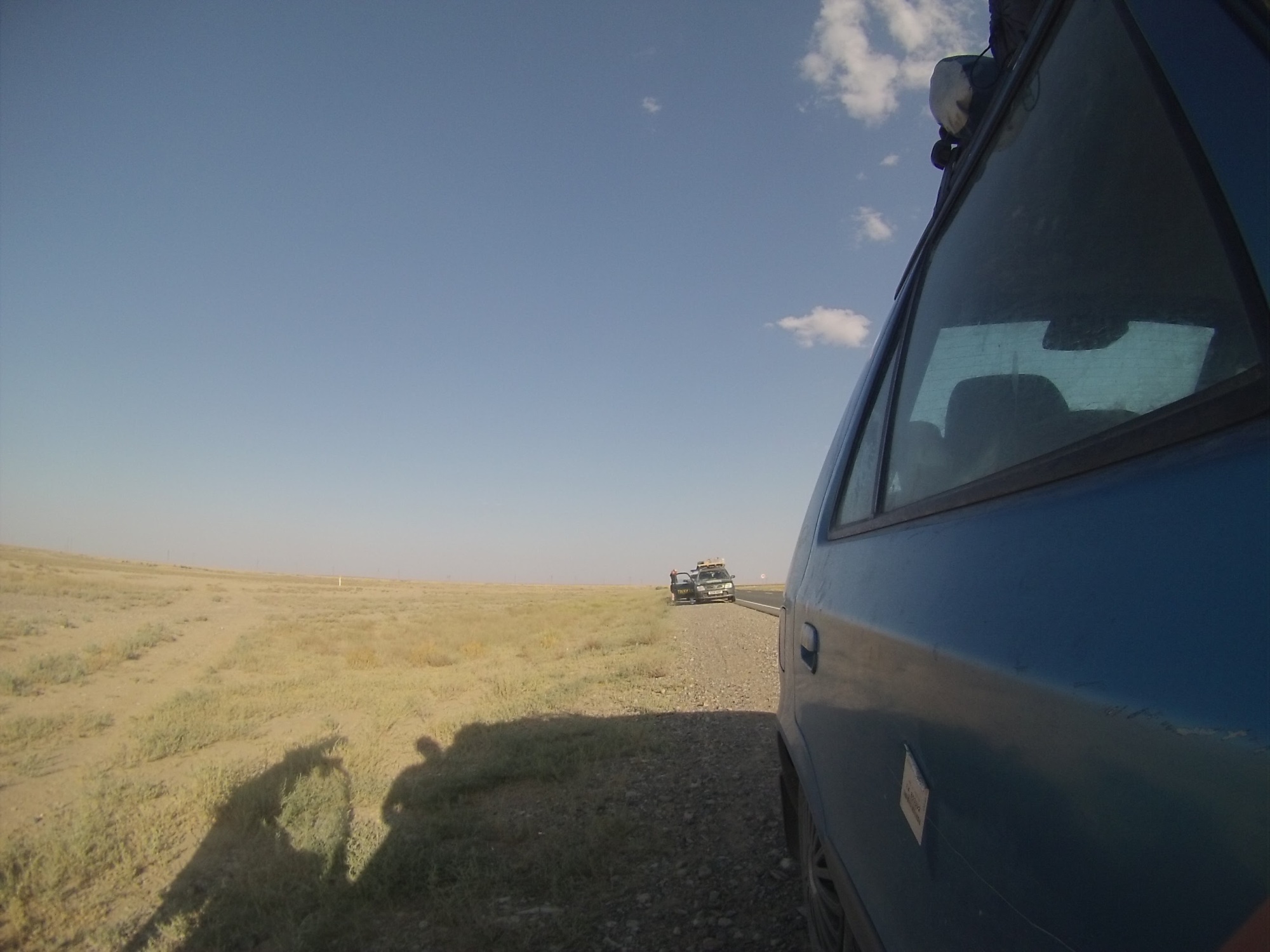 So basically picking off where I left you last we were being pulled over left and right in Azerbaijan.  It basically seemed like it was a 2nd income to these guys.  On the surface it seems like a dire situation in that you have no power.  However, this is untrue.  You have the power of time, and they have the weakness of image.  In the case of Azerbaijan, and many countries where this is an issue, the upper echelon of power likes to maintain a level of transparency and honor.  Therefore, they really cannot arrest you and bring you in and absolutely must get you to pay on the spot.  They can hold you there and you have to wait until they are discouraged or bored, but you can just wait.

This was the general routine we took.  At first act confused, then happy to have their help, then, if needed, sing karaoke.

Once, when on pair of police were so frustrated with my lack of understanding they drew a picture of a present on a piece of paper and I acted like they were giving me a present and thanked them.  They then held up a wad of bills to convince me this is what they were looking for.  I grabbed it and thanked them profusely.  The took it back and kicked me out of their police car and drove away.  That was a pretty high point for me. 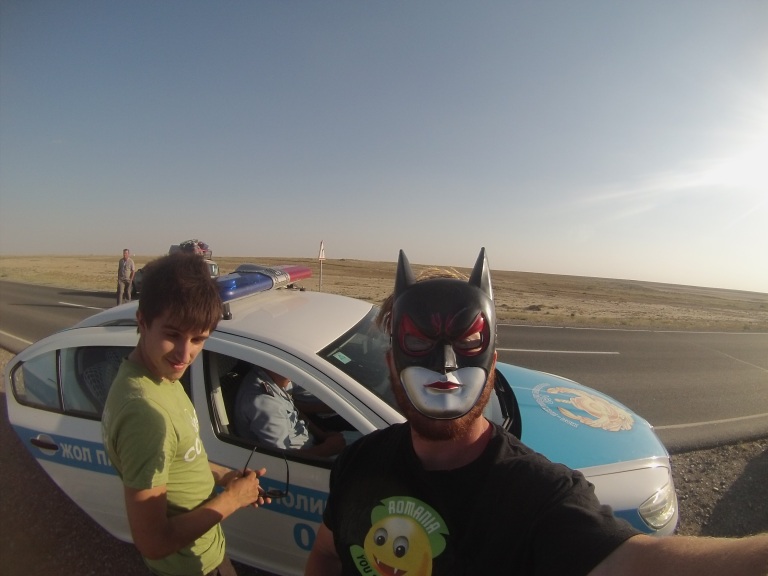 During one of our later pullovers, when we had lost most of our shame, we got out of the car in a pink wig and a batman mask.  One of our caravan members, while in the back seat of the cop car, took the hat off the cop and put it on in an act of ridiculously sized balls.

That experience ended with us singing them Journey and taking a selfie with them.  Meet as extortion parties, part ways as friends. 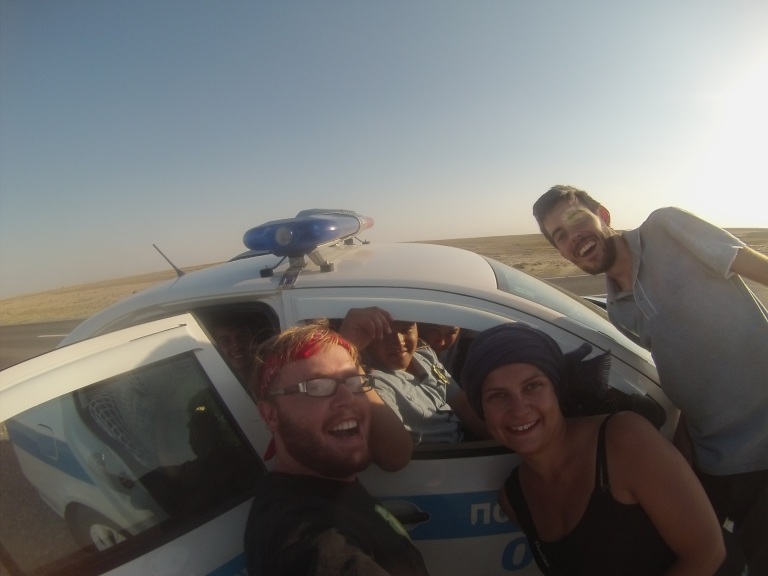 Also worth noting there seemed to have been a lot of designated police pullover spots.  Those were traps for the gullible, ignore them and continue.  If you feel like yelling out the window they don’t seem to do anything about that either…just saying.  I know this advice seems like something out of “How To” guide on getting arrested, but I swear it is how it works.

So this post was short but I will be making a part 3 to specifically discuss the cops in Mongolia and how awesome they were for a solid dichotomy.