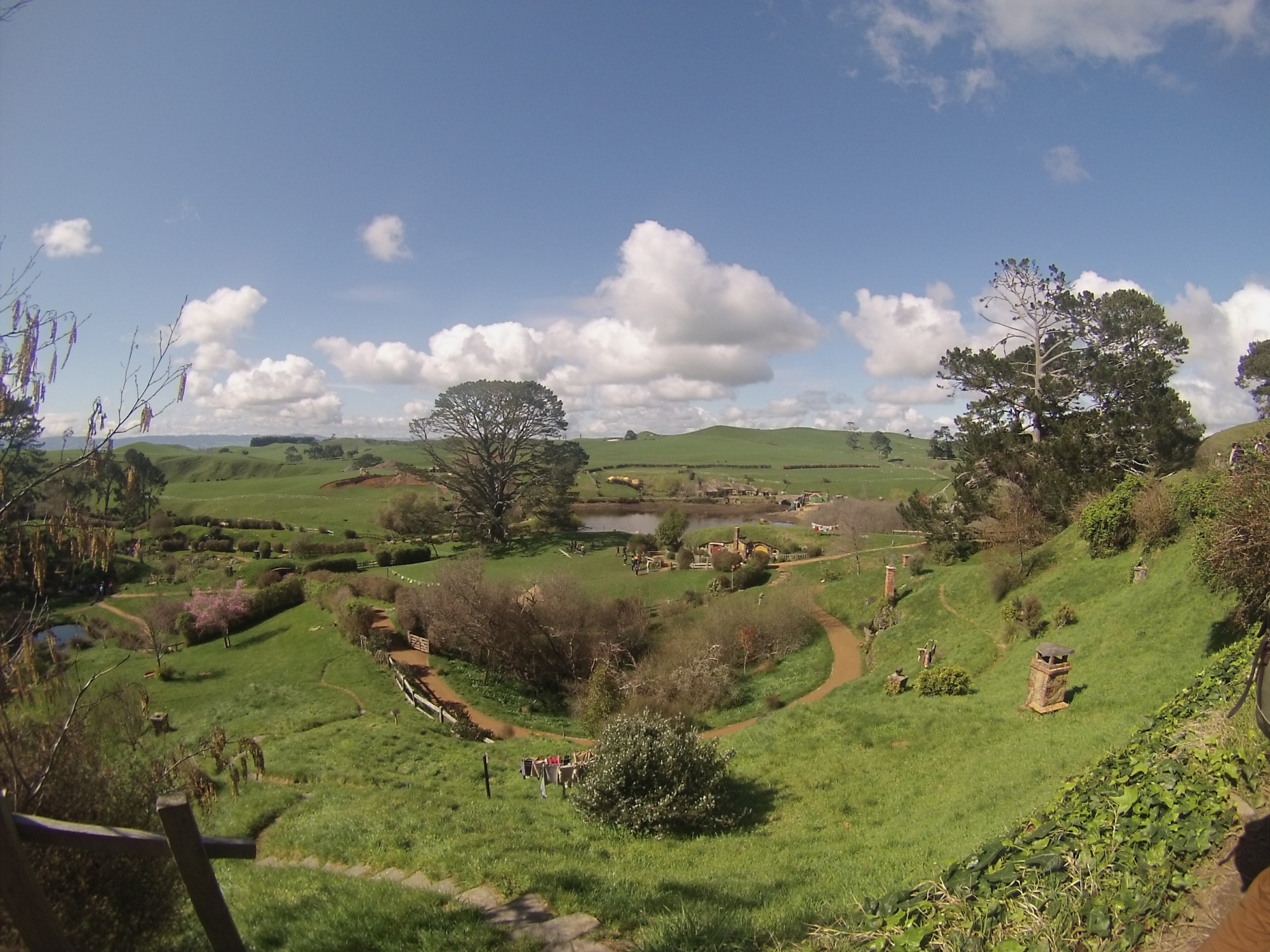 I’ve traveled to many places, seen many sights, and taken a lot of photos.  That being said, I have never taken so many photos of one place as I have of Hobbiton in Matamata, New Zealand. 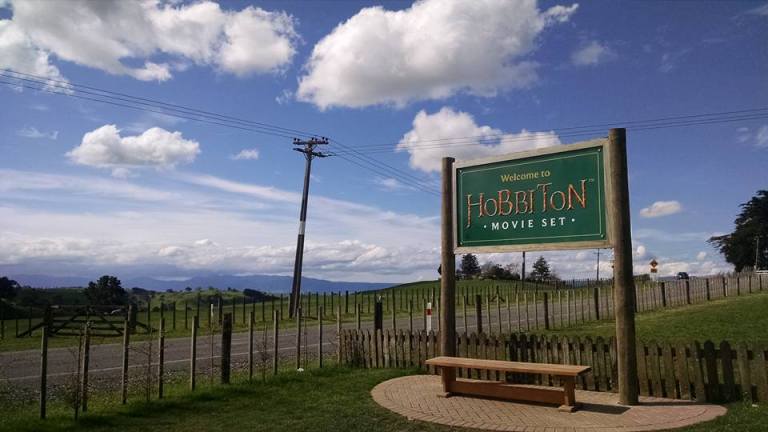 A couple things worth noting, they do a special dinner at night where you eat in their replica Hobbit pub, The Green Dragon, and then take a nighttime, extended tour of The Shire.  I recommend doing this if you are at all a fan of the series but book it well in advance, it sells out.

Additionally, they sell local brews that I also suggest and be sure not to make the same mistake I did where I did not have adequate bag space for all the booze, fair warning. 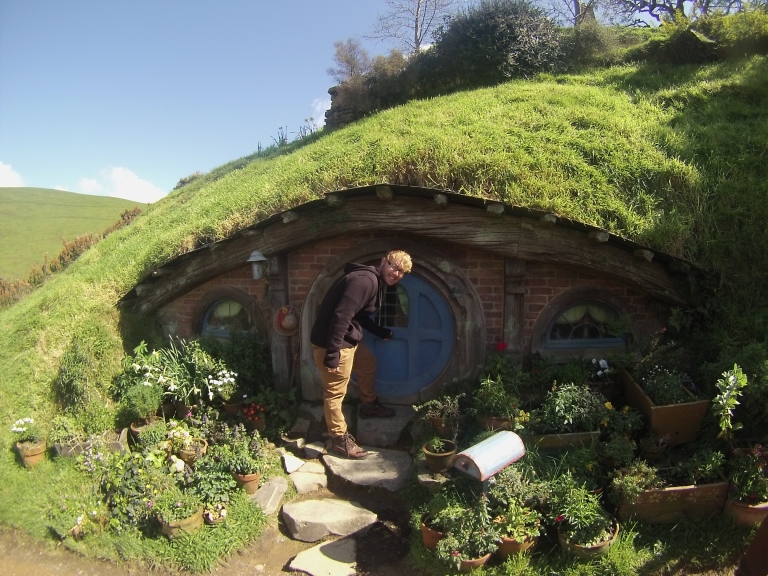 The atmosphere of this place is just so upbeat.  I mean who doesn’t like walking into a whimsical world of adventure?  If you mention going to Hobbiton to someone and they don’t immediate light up or express uncontrollable jealousy then it is a good indicator to cut them out of your life. 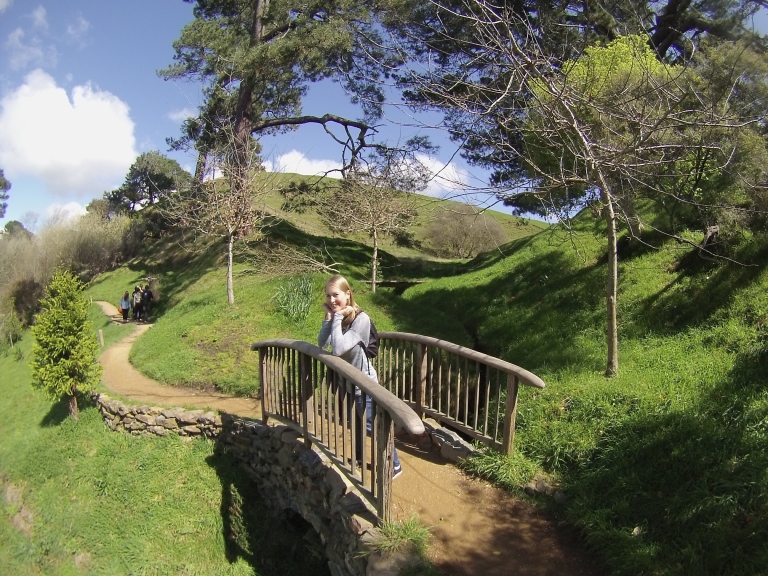 One of the more intersting facts I learned is that each of these Hobbit holes was built with a specific personality in mind.  Meaning one of these holes belongs to the town drunk, another to the carpenter, and to a fisherman, etc etc.  You can try and identify which ones belong to whom. 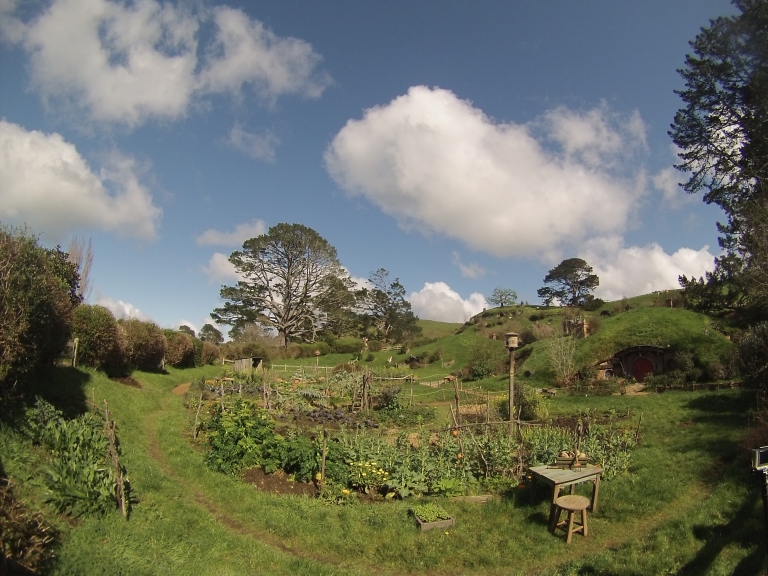 Sadly, besides The Green Dragon pub there are no insides built out on these.  Apparently the inside shots were filmed on a set.  A little part of me did die when I heard that.

Still, the temptation to run through The Shire shouting “I’m going on an adventure!” is pretty high, but it’s probably something they get every other day here…Maybe if I try to do it naked… 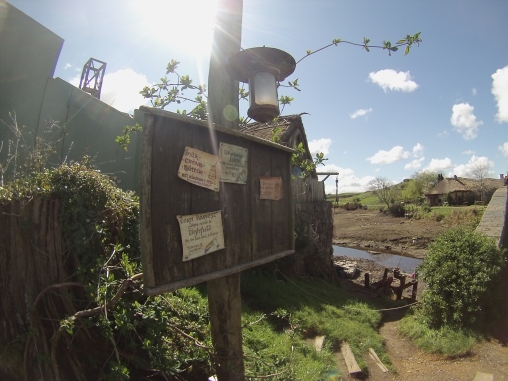 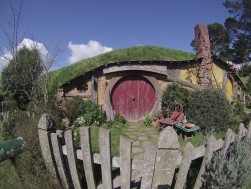 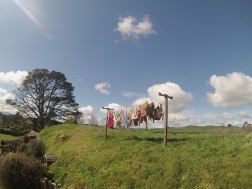 The food comes in Hobbit sized portions which is actually adorable.  It also could be as an American I am just used to larger, orc sized portions to begin with. 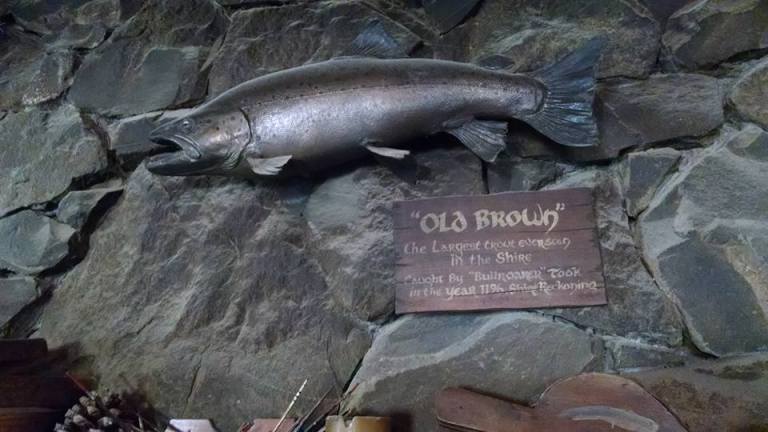 Also tied to this attraction, I wanted to mention a tour of The Weta Cave in Wellington. Weta studios is the company that did the costumes and effects for all the Lord of the Rings movies and a ridiculous amount of other personal favorite movies like Krampus and District 9.  The tour is incredibly fascinating and I feel if I had enough bribe money I could have walked away with a David Bowie Labyrinth replica.  Go see for yourself and ask them what their favorite and least favorite projects have been, you get some interesting responses. 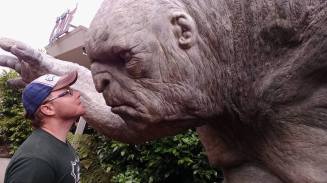 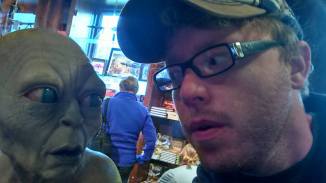