When we were searching for daytrips from Tokyo, Japan seemed to produce a lot of animal themed activities.  They have several cat islands, a bunny island, a monkey bar, not to mention a fair amount of owl cafes.  One that stood out to us is the Zao Fox Village.  It is roughly only a 2 hour bullet train ride with the JR pass and the a 15 minute cab ride to the site itself.  As a side note, the train station itself has a decent micro museum on the samurai.  The idea of a village full of foxes pretty much broke my brain so we made the journey.

The first thing you will notice when you arrive is the smell.  Apparently, foxes do not smell great.  It didn’t help that we also arrived after a light rainfall so that really amplified the urine smell.

It costs roughly 800 yen to enter per person and they go over the basic rules with you.  Don’t try and pet them and keep your food in your bag.  You can buy food to feed them in specific areas but keep it hidden otherwise.  If they hear that food wrapper they will be all over you, which is not as adorable as it sounds because foxes are bitey.

There’s essentially two sections to fox village, the entrance area where the young foxes and a couple other other animals are kept, and the main “village” area that is basically a free roam area for the foxes.  Admittedly, the first section made me a bit wary, the babies and young foxes seemed fine and happy and playful and you could even hold them, which will melt anyone’s heart.

There was also some rabbits, mongoose, and a couple other petting zoo-esque animals in this area as well and you could buy food to feed to them.

That being said there were some adult foxes kept in some small cages and I’m not really sure why.  I don’t know enough about foxes or their personalities but from my non-trained eye it did seem pretty harsh as some of the foxes were pacing and breaking into fights(though that seemed to happen a lot all over the park) but again, the place seemed on the more reputable side overall.

From here we entered into the village section.

This area is a large, grassy section with lots of huts, rocks, structures, etc for the foxes.  When you see things on fox village this is likely more of what you will see and I will say it is pretty impressive. 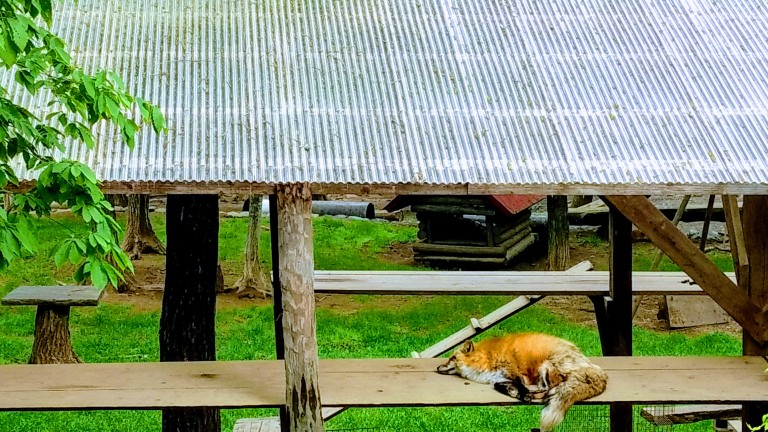 The foxes manage to hide just about everywhere and we were there for a solid 3 hours and it never felt like there was a time of the day in which no foxes were active.

For me personally, I had a thing for the gray and white foxes, I was just expecting them to give me wise, sage-like advice at any point. 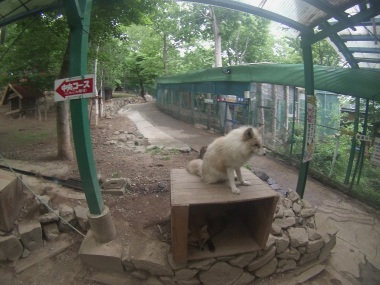 Again though, be careful if they hear you break out that food at any point they wake up real friggen quick…

They will also bite anything dangly, I was pretty fearful of my unicorn fanny pack.  I saw a couple people get their tassels and bags bit/pulled and it was pretty entertaining but would still advise against it.  When you fill out the customs form to get back into your country and you have to say “bit by fox” I doubt it will be worth it.

Now, for feeding the foxes you can buy food at the front desk and in the village you can feed them in designated areas.

The foxes did seem to break out into little skirmishes over food too, which is probably expected in this situation.  None of them ever seemed to get hurt, it was more like a dominance thing where they make a high pitched squeal at each other until one backs down.  I have no idea how that worked really.

For the most part though unless there was food involved the foxes are pretty docile and ambivalent to the humans.  After a few hours we did notice the foxes starting to gather at the entrance gate, which means it was approaching feeding time.  And that was definitely a site to behold.

It was a bit of a frenzy and I had no idea where all these foxes came from.  The ground was basically alive with them and really it’s worth the entire day trip just to see this happen.

Overall, the Zao Fox Village is definitely a unique experience I recommend.  The only downsides were the smell, which you get used to, and the small cages at the beginning, which could have been to separate some disruptive foxes or something like that.  I put it toward the top of simple day trips from Tokyo.