Look, I basically just ate my way across the Sichuan province of China and sometimes a guy needs a break from hot pot and spice.  Ok not really but we did think it would be funny to eat at one of two Taco Bells in China and the only one outside the USA I have ever even seen.

I mean it’s Taco Bell, the taste doesn’t vary much…

However the cheese did taste different and even more fresh which is weird for China.  That could also be because in the USA I have only eaten Taco Bell drunk.  That brings me to the next point, this one sold beer. 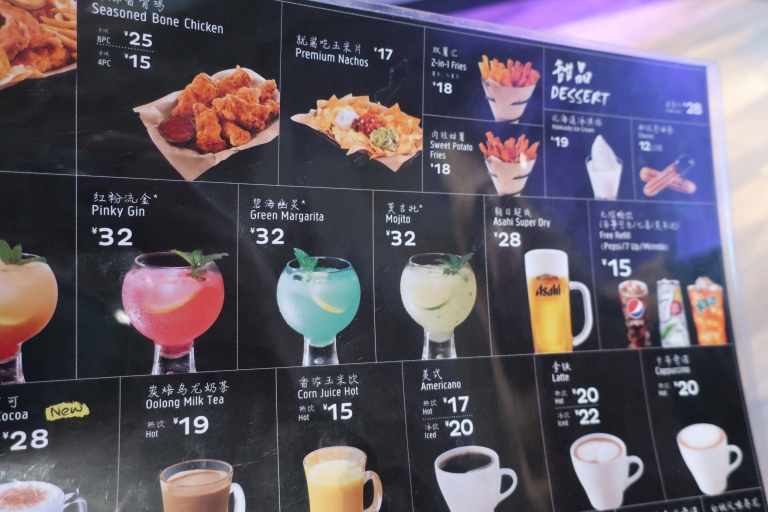 Along with a flurry of other cocktails.  In fact the whole menu seemed more upscale and classy than I’m used to.  Even the restaurant itself reminded me more of a trendy Burger bar than the truck stop aesthetic I’m used to.

Overall it’s cheap, it’s novelty because of the location, and it’s a good stopover when jumping sites downtown since it’s near the Shanghai Tower. I give it 5/5 cheap tacos I would go again.