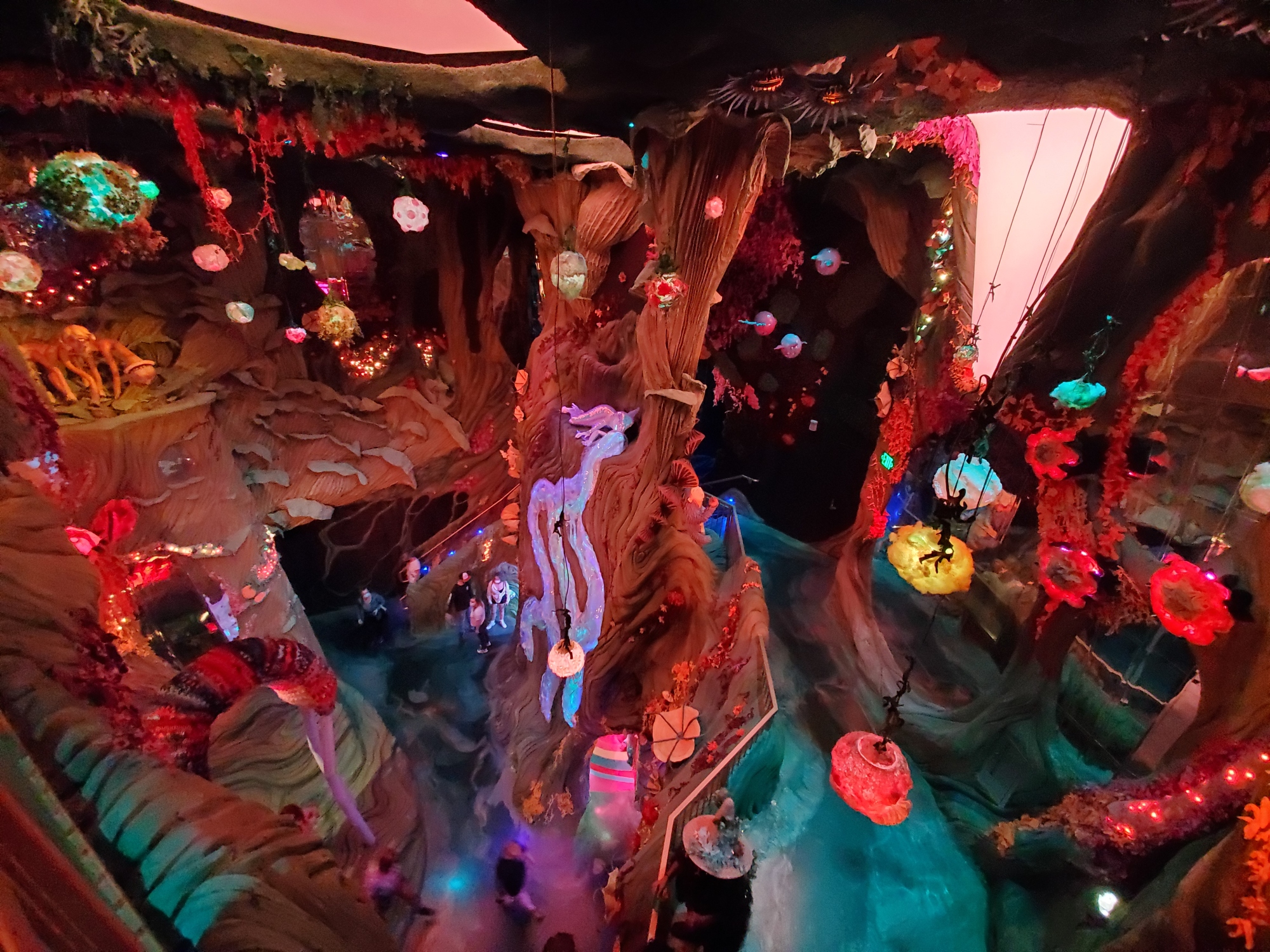 So this post won’t be terribly long, most because I have had to rewrite it several times because WordPress has gone to hell lately.

So a few weeks back I went to Meow Wolf Denver. Now, as I have written in the past I have also been to the other two locations in Santa Fe and Las Vegas and both have been incredible. So naturally I’ll be drawing a lot of comparisons there.

Additionally, I typically do a longer dive into the plots and story that the exhibits are trying to convey but due to the reasons I’ll list below I didn’t spend as much time there and didn’t get too involved in the “world building” so to speak.

OK, so before I get into it, the overall summary is that I did, in fact, love the exhibit, it is very well thought out, deep, immersive, and intriguing. No arguments there. The Santa Fe exhibit has an interesting story that it somewhat holds your hand through. Las Vegas has a bigger sandbox story but a more contained world/space. Denver basically drops you into alien world(s) with no help and tells you to sort it out, or don’t. I loved that. It put enough faith in the people visiting to go into whatever depth they would like for one of the few major plot points and multitudes of smaller ones.

Now, why didn’t I spend enough time there to go into a deep dive…well…

1. They don’t have any/enough food. They said they were still sorting out their cafeteria when we visited and they only had 2 food options(1 of which ran out) and some lunchables. So not exactly built for all day experiences.

2. Their bar was not finished. They said it was coming so great but at the time there was just a few beers available, not my personal favorite, so that also cut my endurance. Sometimes you want to go take a break from all the stimulation, have a drink and some food, then go back, and that wasn’t an option in Denver(yet).

3. Technical Difficulties. We had a similar issue in the Las Vegas exhibit where you scan cards you get at the front in certain locations and receive plot points. In Denver’s case, they were interesting and key plot pieces to a major storyline however my card just stopped working at some point. When I went to get it fixed I got a new one but would have had to hit nearly the entire exhibit again and with points 1 and 2 in place, that wasn’t going to happen. So I assume that is new exhibit problems and will also be sorted given time.

So, with those 3 things in mind I absolutely plan to go back for a full on immersive experience once I’m comfortable those have been sorted, I’ll also go more into the side puzzles I discovered and do a whole writeup on spoilers. Now, here’s a few pictures!

One thought on “First Thoughts on Meow Wolf, Denver”