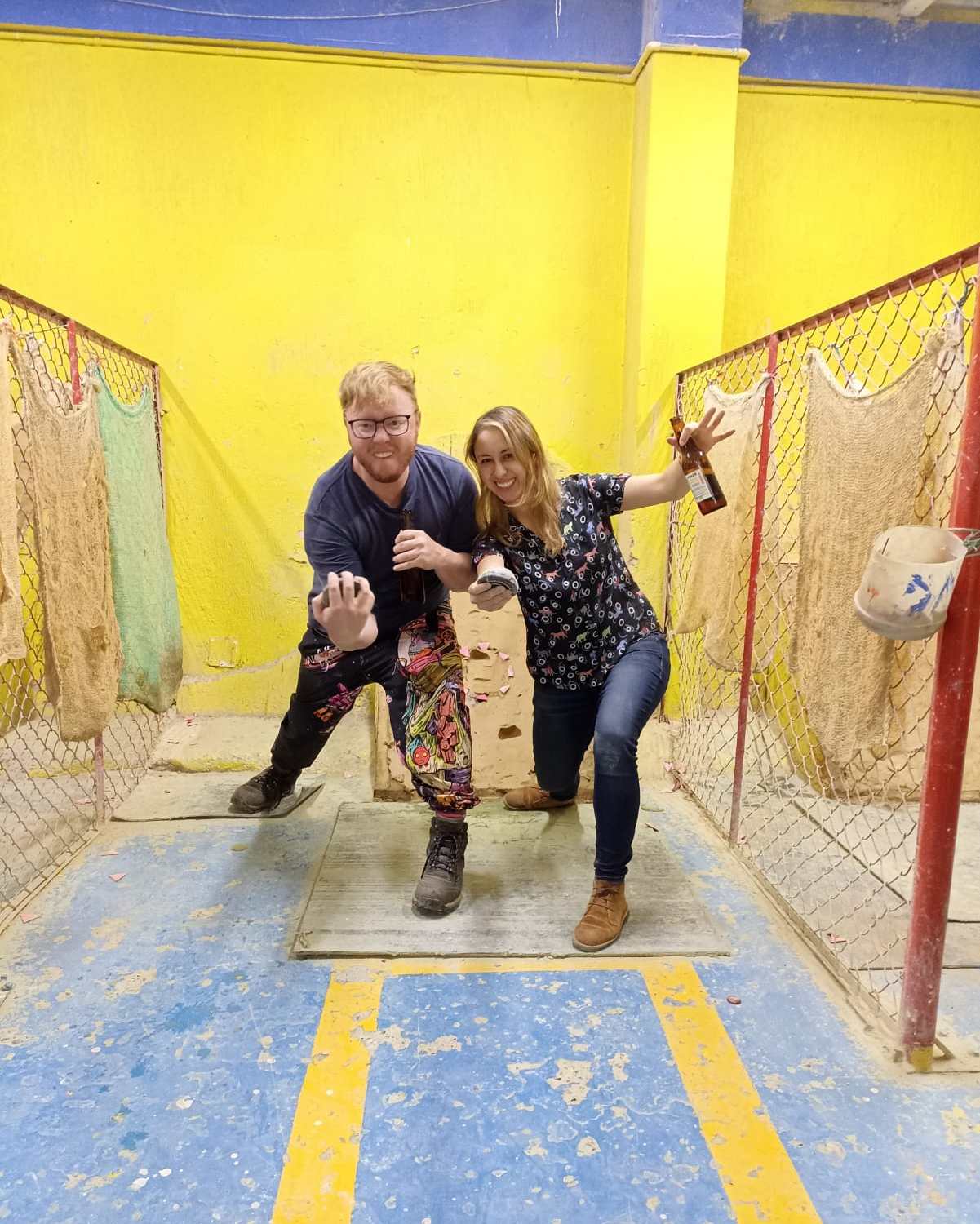 So when I first said I was going to Colombia I had a friend tell me I needed to do Tejo. I had no idea what that was and they didn’t elaborate farther. So I of course googled it and the closest thing I could compare it to is cornhole but with gunpowder.

I had to play.

So I set about figuring out how to play some Tejo. Not really knowing any of the rules and being too lazy to look it up I of course decided to book a Tejo tour with an instructor. I ended up booking this one and I can’t recommend it enough.

So with that set I began to learn the rules. Tejo is a game where there is a ring of small packets full of explosive material along a metal ring with you have a stone that you throw at them. When he stone hits a packet it sparks on the metal ring and causes it to BANG! It’s very satisfying. You get 3 points for each packet exploded and 3 points if you get your rock in the center of the circle. Simple enough, first to 21 wins. Additionally, my guide told me that it is a game where you must be drinking otherwise it is frowned upon. So that’s another bonus right there. At this point I am very confused as to why this sport has not made it huge in the USA yet, it seems perfect.

We played at two different locations. The first was more of a modern, open air bar with food trucks called BBC(haha) for Bogota Brewing Company. There are a lot of locations for BBC(haha) in Colombia and not all have Tejo which is why I suggest going through the above tour.

After a little over an hour of playing there(and a bit of tequila) I was taken to a Colombian Speakeasy Brewery which in itself is a pretty interesting experience that makes you think you may be getting kidnapped and then SURPRISE IT’S BEER!

The tour itself was officially over at this point but I did manage to convince the guide to take me to a more local Tejo location that I definitely would not have been able to get into on my own. There, we played for several more hours surrounded by far better Tejo players and I made friends.

Overall it is a lot of fun, incredibly satisfying when you hit the target, and I plan to open a Tejo business here in Colorado!