This last weekend I was in San Francisco for the O’Reilly Conference on Artificial Intelligence and if I could translate that to an experience on a travel blog somehow I probably would.  However, more appropriately, my hotel, The SF Plaza Hotel, was located right next to the famous Chinatown area and I got to spend a good amount of time there and I feel it is worth a post.  The hotel is nice as well, free breakfast and clean, convenient rooms, not much more is required.

Chinatown, San Francisco is an expressive, bright, ADHD filled neighborhood full of novelty shops, spas, and gimmick restaurants.  It’s pretty amazing.  For one, the general price of just about everything seems to be slightly cheaper than the rest of San Francisco.  Second, it’s like being in China without the super pushy salespeople and people pooping on the street, like a China-lite.

The first place I tried was a sushi boat restaurant, the name of which shouldn’t be hard to remember…

The sushi was alright, nothing terribly memorable but the chef was nice and accommodating and I can respect a good restaurant gimmick when I see it.  Depending where you sit you will likely be in a lot of peoples pictures who walk by and think the sushi boats are the greatest thing since sliced bread.

The next noteworthy spot was the Li Po Cocktail Lounge that advertises it’s original Chinese Mai Tai which is 3 different rums, some pineapple juice, and another “Chinese Liquor” that translates to interesting stomach feelings the next day. 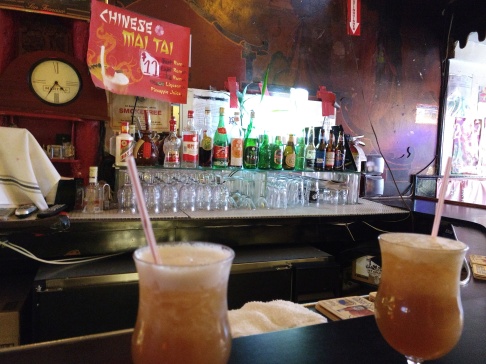 The cocktail itself was delicious, I stopped into this bar twice during my trip.  The bartender was amicable and he gave me some Chinese liquor that had a tree root in it and was supposed to help with my virility.  It totally did help, obviously, in case you were curious.

There’s also a predominant photo of Anthony Bourdain who stopped in here on a layover once and since he’s a bit of a personal idol this place may be my favorite spot in Chinatown.  Fun fact they also run a possibly illegal rave out of their basement, cats out of the bag now.

The last place worth noting was the Z&Y restaurant for Sichuan food.  It was spicy and cleared everything right up.  There was no gimmick to this restaurant but it made up for it in solid cuisine so I won’t hold it against them.

A person could spend a solid day just wandering Chinatown and looking at the graffiti, brightly colored shops, and sampling tea and it would not be a wasted day.  I had a very peaceful afternoon doing just that and then stopping in for Mai Tais at night.  If you are in San Francisco, do make a trip to this neighborhood. 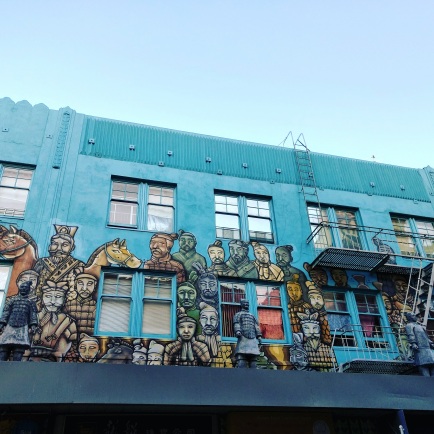 One thought on “Chinatown, San Francisco and a Strong Mai Tai”